The clinical use of a D-dimer assay

This article discusses the use of a D-dimer assay in excluding venous thromboembolism (VTE) in outpatients. Together with a low pretest probability of VTE, a negative D-dimer test can rule out VTE in 30-50 % of suspected patient cases.

The article highlights the importance of using a D-dimer assay with particular performance characteristics, such as a high sensitivity and high specificity, to limit the number of unnecessary radiological imagings.

D-dimer can be used to exclude venous thromboembolism (VTE) in outpatients. Together with a low pretest probability of VTE, a negative D-dimer can safely rule out VTE in 30-50 % of patients with suspected VTE.

The use of D-dimer requires a method with particular performance characteristics, most importantly:
• A high sensitivity and negative predictive value (NPV)
• Acceptable diagnostic specificity
• Good reproducibility around the cut-off (decision limit)

Besides a sensitivity and NPV as close to 100 % as possible, a high specificity is of importance to limit the number of unnecessary radiological imagings for the benefit of the patient and to improve logistics of the healthcare system.

The presence of D-dimer indicates that thrombin has been formed and fibrin generated from fibrinogen in vivo as a result of activation of the coagulation system. D-dimer is the end product of degraded cross-linked fibrin, but it is a heterogeneous collection of fibrin fragments and thus not a well-defined analyte. 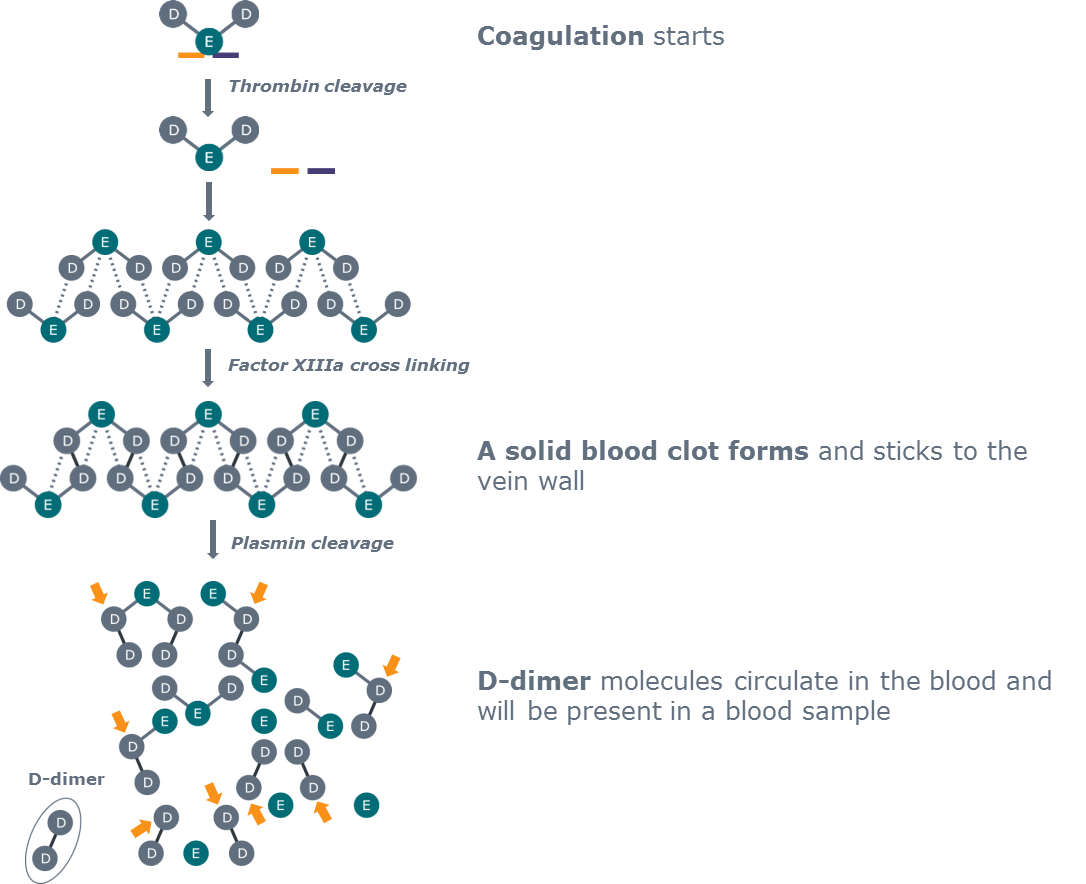 FIG. 1: D-dimer is produced as the end product of fibrinolysis

How is a d-dimer assay used?

The clinical problem is that the proportion of patients with a suspicion of VTE in whom the diagnosis is confirmed is low. It varies between studies, but is often around 20 %. In order to minimize the number of radiological examinations performed on this patient group, D-dimer testing can be used to exclude VTE in outpatients. It can be used for this purpose when it is combined with a clinical probability score, and only a low score and a negative D-dimer test result can be used to exclude VTE.

There are different pretest probability scores, for example the original Wells score [2] and a score adopted for primary care [3]. The variables included are based on the differences in the prevalence of VTE in patients in hospital and primary care setting and also in the experience of the condition among the treating physicians. If the sum of the points are less than the decision limit, VTE is considered ruled out.

TABLE I: Wells rule and the primary care rule scoring to rule out deep vein thrombosis (VTE) (modified from [3])

Flowchart for patients with high and low probabilities, respectively

Patients with a high clinical probability of VTE get either imaging at once or, if that is not possible, they get therapy at once whether a D-dimer test is positive or not [2].

Patients with a low probability of VTE have a D-dimer test performed and a negative test excludes VTE with a high sensitivity. If the D-dimer test is positive, objective imaging has to be performed. With a careful combination of clinical assessment and D-dimer, VTE can be excluded. 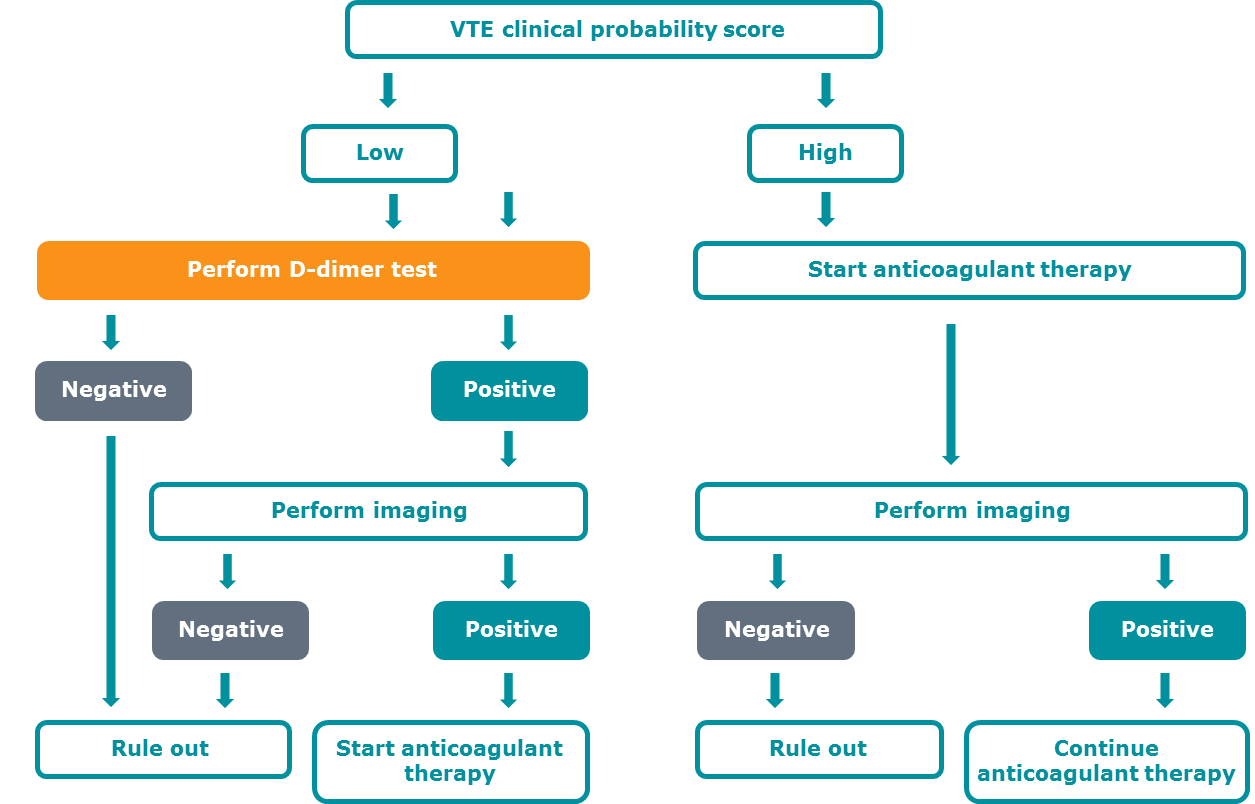 FIG. 2: Flowchart for ruling out or diagnosing VTE

A number of limitations of the use of D-dimer for VTE diagnoses are listed in Table II [4]. In patients with a duration of symptoms >14 days, D-dimer is suspected to be negative due to the expected half-life. D-dimer cannot be used in hospitalized patients and patients with recurrent VTE, since the specificity of the test is too low, and thus a positive result can be expected also when the patient has other conditions, such as inflammation or even pregnancy.

TABLE II: Limitations of the use of D-dimer for VTE diagnosis (modified from [4])

Since the D-dimer analyte is not well-defined, different assays are based on different monoclonal antibodies that recognize different fibrin fragments or so-called D-dimer motifs. There is no reference preparation or calibrator that can be used as an international standard.

The cut-off should be determined locally by clinical management studies, which is often a hard task for a laboratory to achieve [4]. A good reproducibility around the cut-off is preferred because the probability that a measured result for a specific person is below the cut-off, even though the “true” value is above the cut-off, depends on the ”true” concentration and the reproducibility of the analytic method used. A high diagnostic sensitivity, a high negative predictive value, as well as an acceptable diagnostic specificity must be obtained.

Results are given either as mg/L D-dimer or as mg/L FEU (Fibrinogen Equivalent Units). 1 mg/L D-dimer is approximately 2 mg/L FEU, but this is based on the assumption that 1 mg fibrinogen gives 0.5 mg D-dimer. It is not recommended to recalculate results to another unit, therefore it is also difficult to compare results from different tests and different studies, i.e. in a linear regression model [5].

The most important limitation with method comparisons is that the possibility of a method to differentiate non-VTE from VTE patients can only be evaluated in a clinical management study including radiological examination and follow-up for correct diagnosis. It is known that D-dimer increases with age, which means that it is more difficult to exclude VTE in elderly patients.

By using an age-adjusted cut-off, the number of elderly patients in which VTE can be excluded can be increased with equal sensitivity [6].  The CLSI document H59-A ”Quantitative D-dimer for Exclusion of Venous Thromboembolic Disease; Approved Guideline” [7] states the recommendations for test to be used at low/intermediate clinical probability: NPV ≥98 % (lower limit of 95 % confidence interval ≥95 %) and sensitivity ≥97 % (lower limit of 95 % confidence interval ≥90 %) guarantee that a VTE patient is classified correctly.

This is of utmost importance since disease that is not diagnosed has serious consequences. A high specificity is, however, also preferred since a specificity that is too low will result in a highly variable number of unnecessary radiological examinations [8]. A hypothetic example is shown below.

One hundred patients without VTE are tested with three D-dimer methods that all have identical high sensitivity but differ in specificities. The number of false positives (who in the real world would be subject to imaging procedures) and true negatives are calculated for each method.

TABLE III: Example with 100 patients with no VTE. Three methods are compared. They have identical high sensitivity but differ in specificities. 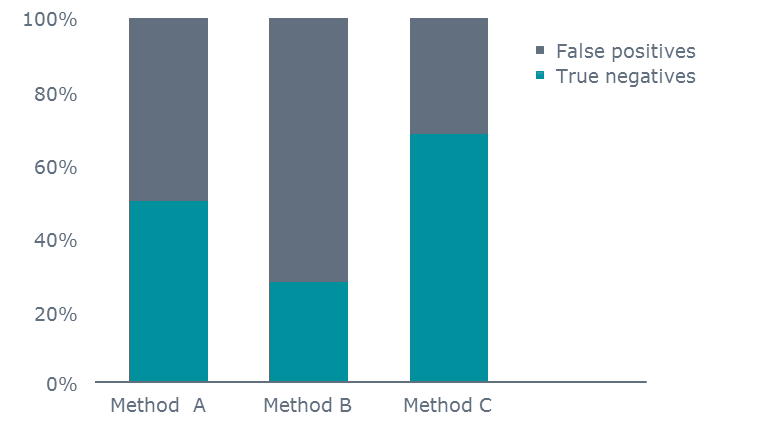 FIG. 3: Example with 100 patients with no VTE. Specificity determines the number of false positives and the number of true negatives.

Many POC D-dimer methods have high sensitivity and NPV, but the specificity varies from 44 to 64 % [9], which will affect the number of false positive results obtained and thus, the lower the specificity, the more radiological examinations.

The SCORE study was performed in seven centers in southern Sweden to verify the combined strategy of clinical assessment score followed by local D-dimer test to exclude deep venous thrombosis (DVT) [10]. Patients with a suspected first episode of DVT (n=357) were prospectively recruited and pretest probability score according to Wells was estimated.

If categorized as low, D-dimer was analyzed and in case of a negative result DVT was considered ruled out and no further diagnostic imaging for DVT was performed. Patients with positive D-dimer or intermediate/high pretest clinical probability underwent objective testing with compression ultrasound or contrast venography.

The main outcome was any recurrent VTE during a 3-month follow-up. The prevalence of DVT was 23.5 % in our local population. With this strategy, we could safely rule out DVT. Only one out of 110 (0.9 %) of the patients with negative D-dimer was diagnosed with DVT during follow-up. The strategy could obviate the need for diagnostic imaging in about 30 % of outpatients with a suspected first episode of DVT.

D-dimer can be used to exclude venous thromboembolism (VTE) in outpatients. Together with a low pretest probability for VTE, a negative D-dimer can safely rule out VTE in 30-50 % of patients with suspected VTE.

The use of D-dimer requires a method with particular performance characteristics. The sensitivity and NPV needs to be as close to 100 % as possible. With a high specificity the number of unnecessary radiological imagings can be diminished for the benefit of the patient and to improve logistics of the healthcare system. Thus, the clinical use of D-dimer requires a validated method.

D-dimer testing can combined with assessment of pretest probability be used to rule out VTE in...
All articles